The River Heights Pavilion is situated on the outskirts of Taiyuan along the edge of its famous Fen River. As the capital of Shanxi province, Taiyuan is an example of a second tier Chinese city developing at break neck speed. The River Heights Pavilion is built on a typical blank slate site, yet counters the trend of low density housing developments. It is an urban project located in the middle of suburbia.

Within this empty context, the urban environment is most effectively rendered within the building’s interior, as spaces are organized to afford unique relationships between various activities. For example, imagine standing in the lobby watching a performance, beyond which is a lounging couple in the courtyard, while above, office workers leave their desks to join a party in the adjoining roof deck. The design of the River Heights Pavilion consists of linear blocks of varying lengths that are replicated and arranged to fit the boundaries of the site. Each block houses a unique programmatic element, such as exhibition, lounge, and office. In form, the blocks alternate between single and double story heights, while interiors alternate between cool and warm materials and finishes. This organization provides two completely different spatial experiences. Looking down the length of an individual block, one views the depth of a unified space extending uninterrupted to the exterior landscape. In contrast, turning 90 degrees, one’s view penetrates diagonally through discrete layers of shallow spaces that reveal various activities juxtaposed horizontally and vertically. Furthermore, there is a stacking of views through the interior, exterior, and interior and exterior again. The landscape design is an undulating extension of these linear blocks, each grassy strip separated by corten steel.

Residential developments comprise of 70% percent of all new building construction in China, but new apartments still remain unaffordable for most individuals. While the River Heights Residences resemble high-end developments, apartments at the sold-out complex are priced below the average cost of housing in Taiyuan. Affordability is due in part to density and the elimination of decorative frills. Importantly, small 3-4 bedroom apartments that pack as much function into as small an area possible comprise the bulk of units at River Heights.

Residential towers are notorious for their poor design quality. In China, such developments often use architectural tropes or unnecessary adornments to represent value instead of considering the value of simplified design. Through repetition and highly controlled façades, River Heights emphasizes sameness rather than the imitation of difference. Ornament at the residences is restricted to a relentless grid that organizes glazing, balconies and A/C units into a unified whole, further exaggerating the play on scale. The appearance of unity is most effective on ground level where buildings recede to the background, highlighting the surrounding open green spaces and sunken plazas.

The River Heights Residences show that dense urban living is practical and even desirable as a new suburban development. 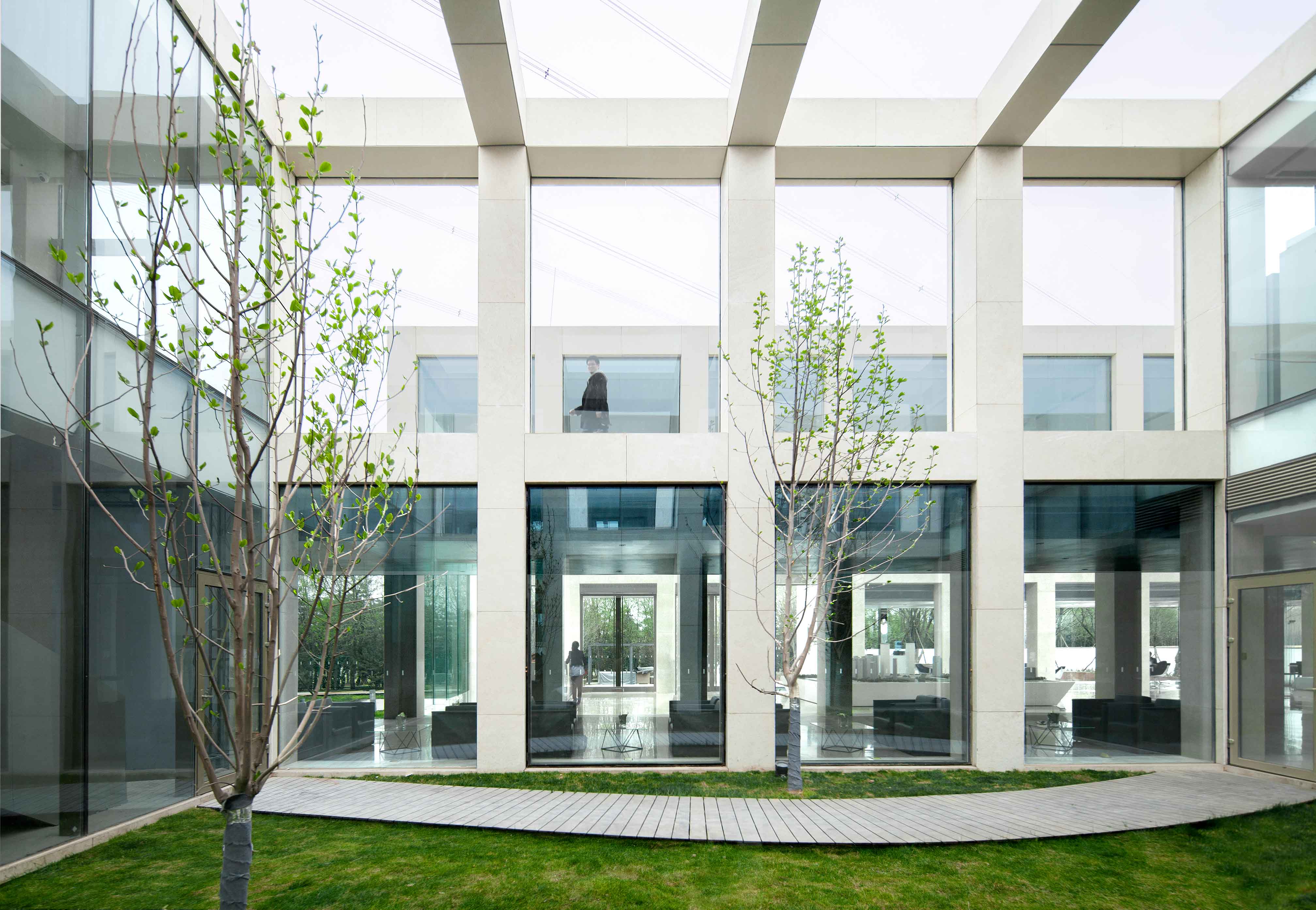 Residential developments comprise of 70% percent of all new building construction in Chin...
