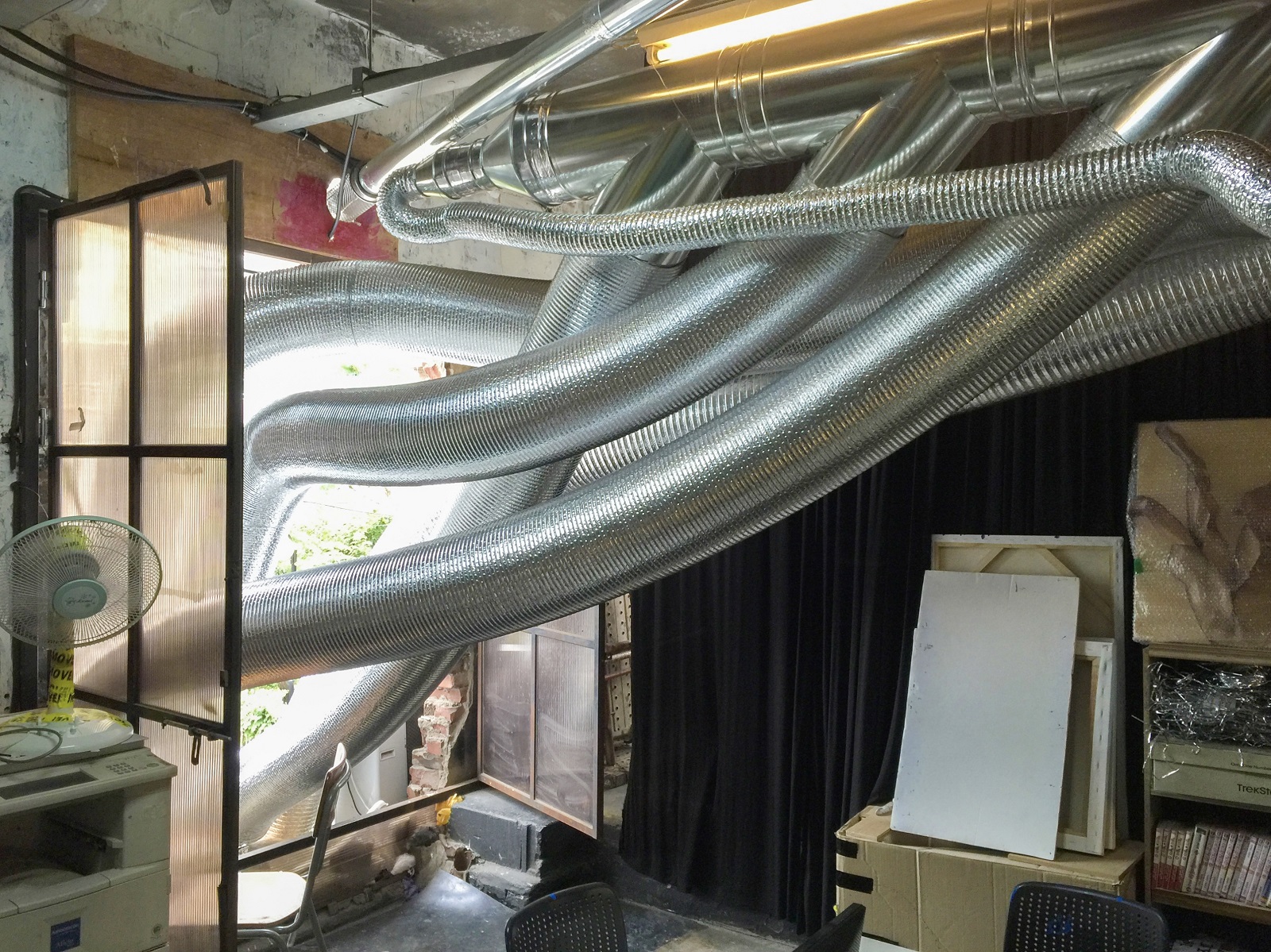 The intervention is located at Gong Indie Art Space, a gallery situated on the second floor in a large factory complex. The project is inspired by the numerous micro factories that are tucked deep in the nooks and crannies of the Mega City of Seoul. They are connected only by their contribution to the city’s atmosphere, transported through networks of sprawling ducts.

The intervention inverts this relationship. A Korean BBQ is placed on the street and functions as a micro factory producing food for passers-by and exhaust that is piped through ventilation ducts into the interior of Gong Art Space where it is captured as exhibited work on canvas to be admired. 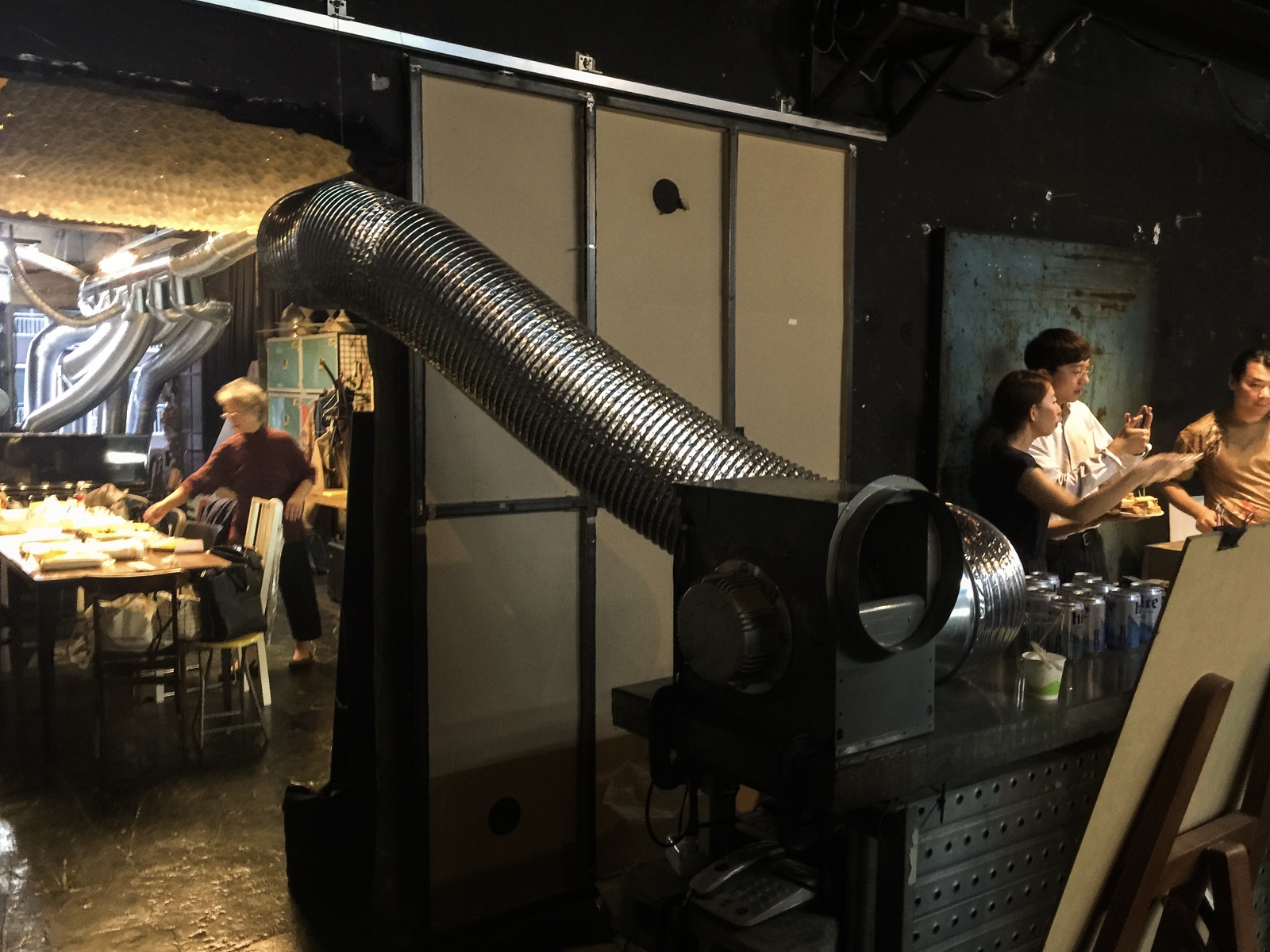 The intervention is located at Gong Indie Art Space, a gallery situated on the sec...
