Get It Louder Exhibition Design 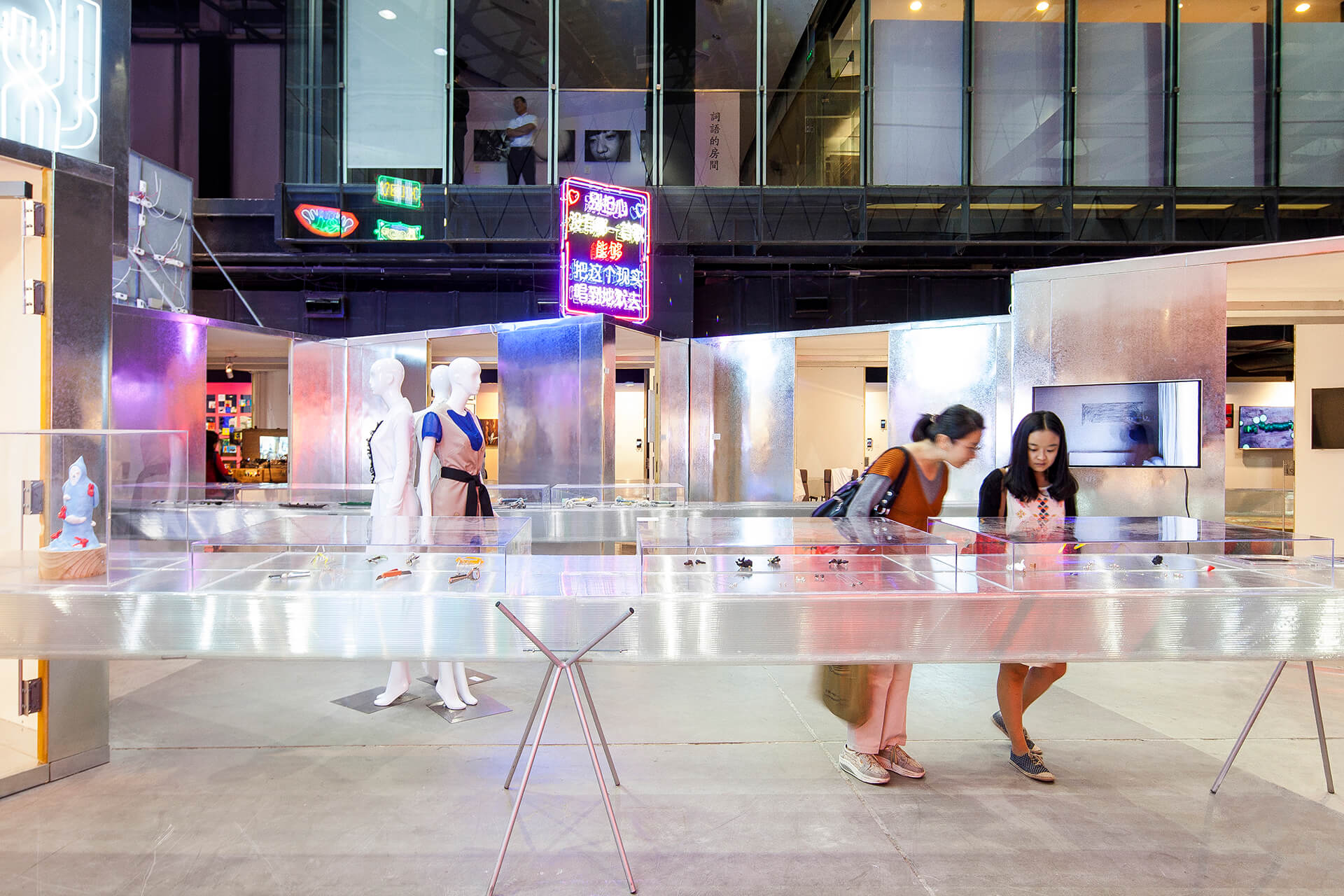 2014 Get It Louder exhibition design by People's Architecture Office (PAO) was conceived under the art and design show's theme of ”混” (hun), a Chinese word of multiple meanings that include chaos and mixture or mixing.

”混” also refers to a primordial state of disorder before ideas are conceived and organised. PAO's design straddles the boundary between order and disorder by creating opportunities for unexpected relationships amongst disparate elements of the show. Instead of imitating disorder to represent chaos, PAO employs sameness to fosters chaos. The design is comprised of two repetitive systems. First, discreet rooms made of Quick-Lock Panels serve as a standardised kit of parts. Made of proprietary pre-fabricated structural panels, the rooms are flexible to the demands of participating artists and designers. A secondary system of long parallel strips of Folded Tube Tables pierces through these rooms, creating disruptions for spontaneous shortcuts between spaces. While each room is arranged according to a single topic, the long tables hold content from various fields on a single linear surface.

Adding to the chaotic aesthetic are the panels' sheet metal surface that reflect surrounding art works and visitors and the refractive properties of the Folded Tube Tables formed from single sheets of polycarbonate plastic. The panels are themselves a hybrid of material and function. They consist of an interior surface of MGO board, Polyurethane core, and an exterior of galvanised steel molded into one composite panel. Panels are structural and integrate a cam-lock that allow them to be quickly assembled using just a hex wrench. These 'Plugin Panels' are reusable and have excellent insulation properties. After the exhibition, the panels were reused for courtyard house renovations in Beijing's hutong neighborhoods in our first Courtyard House Plugin projects.

Get It Louder Exhibition Design

Adding to the chaotic aesthetic are the panels' sheet metal surface that reflect surround...
