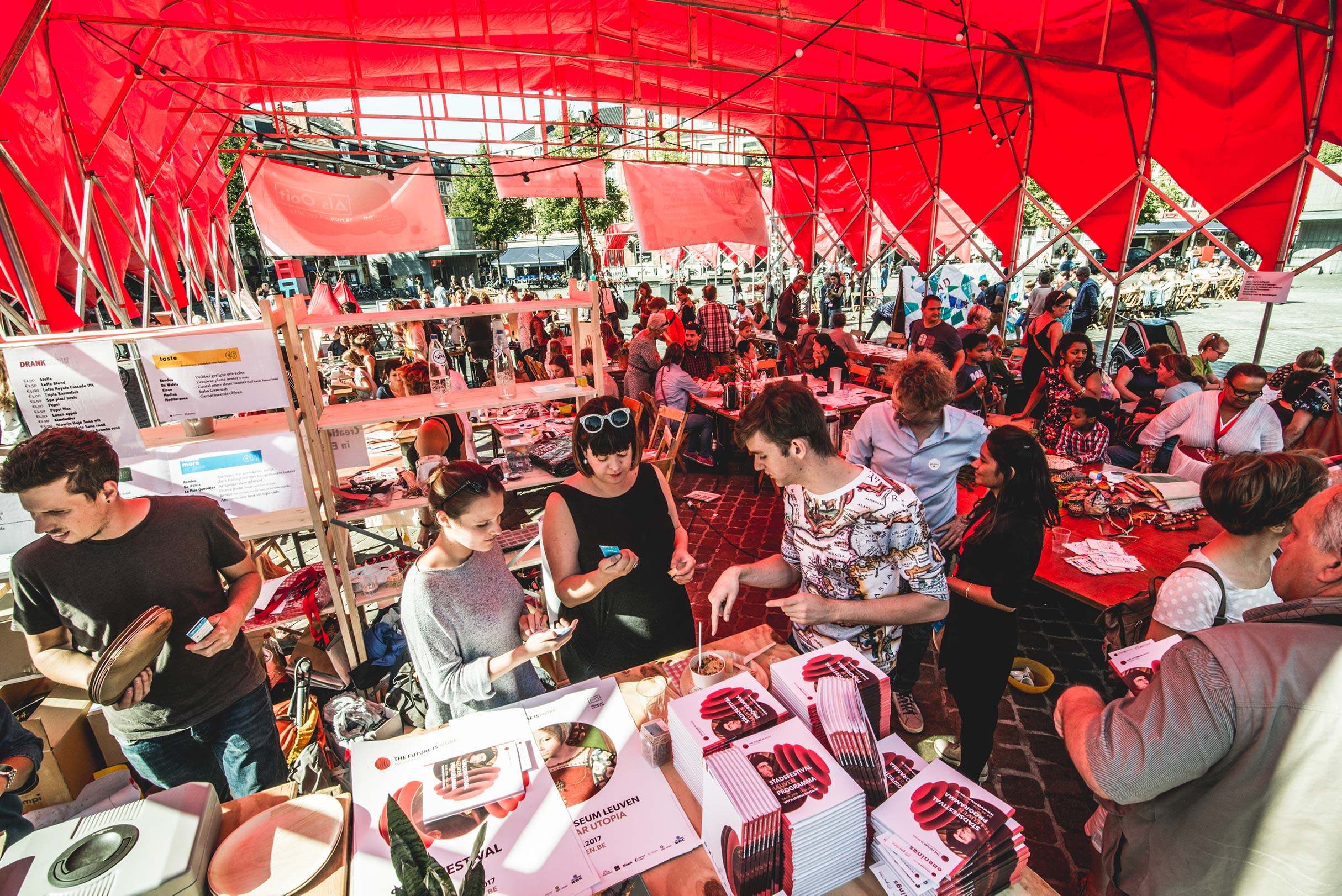 The People’s Canopy is architecture for events and architecture as event. They are retractable canopies that can cycled by citizens, paraded through the city and expanded over the length of entire streets, linking disconnected public space.

The People’s Canopy is a two-story high expandable roof structure on bicycle wheels that can seat up to 10 cyclists. It is designed to collapse to the size of a double-decker bus so that it can be pedaled from one location to another. When parked, a canopy can open like an accordion to 12 meters in length at a span of 10 meters to cover entire streets. Spaces for automobiles are turned into spaces for pedestrians and events.

The design was first commissioned by the city of Preston in the UK and In Certain Places, an arts program for urban interventions and events. The aim of the program is to connect underused public spaces and re-energize Preston’s grand but declining historic center. Urban sprawl and air conditioned shopping malls have driven residents away from the open streets and public spaces of the rainy city.

The design references expandable canopies popular in Southern China. These are typically used by small businesses such as restaurants and bars to temporarily expand their spaces into parking lots and public sidewalks in an informal way.

Over a dozen canopies were designed and fabricated in Beijing and assembled in Preston. A series of events were organized around the People’s Canopies, which were paraded through the city and cycled by citizens of Preston. The canopies were also installed in various locations around the city, linking public squares and markets. These canopied streets housed a myriad of cultural events including the Lancashire Encounters Festival with musical performances, street theater, Preston Pride, and Burlesque. As a mobile cultural venue the People’s Canopy will remain a fixture in the city of Preston for years to come.

Following their debut in Preston, the People’s Canopies were featured in the 2015 Bi-city Biennale of Urbanism/Architecture in Hong Kong. Installed in Kowloon Park they were continually relocated, expanded and contracted to support various public activities. Events were planned for the canopies but the public was also encouraged to engage in unexpected ways.